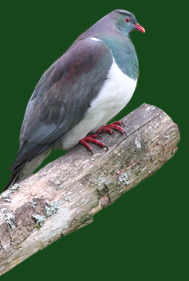 Prior to the first European arrivals, Owhango was an area well known to Maori travellers.  Tribes from Taupo, Wanganui and Taranaki frequently rested, held meetings or replenished their food supplies here. Surveying the district began about 1880 with the object of finding a route for the proposed railway line.  It is believed that Owhango was named by foreign engineers employed in the construction of the Main Trunk Line.  Preparation for this construction commenced in the area in 1902 and the first goods train went through in 1906.

1904 was an eventful year – the telephone arrived, a school opened and the Post Office had its first customers (it closed in 1989).  Our village hall was erected in 1912.

Owhango was a ‘mill town’ and a number of companies operated in the area in the early days including the Watkins Bros, Asett & Manning and The Matai Sawmilling & Planing Company.  The Dominion Timber Company began milling native timbers from around the area in 1933.  Businesses and facilities sprang up in Owhango to cater for the needs of the workers and their families who came to live here.

Fortunately a block of the original bush right in Owhango was set aside and was named the Ohinetonga Reserve.  It is now a popular walking track for locals and visitors.  In 1947 a bridge was built over the Whakapapa River to provide access to the timber in the forest on the other side.  These days, in place of forestry gangs, travellers over the bridge include tourists, hunters, trampers and mountain bikers.

The Dominion Timber Company’s last mill burned down in 1977 just before it was due to close.  The forest on the edge of Owhango, once called ‘the Dominion’ is now known as Tongariro Forest and is protected as conservation land, thanks to a successful campaign in the 1980s led by the local people to save it from clearance.  The Department of Conservation has carried out pest control work in the forest for a number of years with the aim of restoring the habitat for native flora and fauna, including our national bird, the kiwi.

The farmland immediately around Owhango was not available for settlement until 1915-1916, although some adjacent areas had been settled as early as 1908.  After the closing of the mills farming became the mainstay of the district.  More recently, holidaymakers, tourists and recreationalists are bringing welcome income to the area.

Owhango’s recreation grounds were first established around 1912 to provide a facility for games and have been well used ever since.  Both Easter and Labour Day Sports were held at the domain, followed by an after sports dance in the evening.  The packed train from Taumarunui would arrive in Owhango and crowds of people would stream into the domain where they would find attractions such as side shows, a merry go round, candy floss, toffee apples, and a food and drink kiosk.

The Easter Sports included events as diverse as wood chopping, Highland dancing, athletics, cycling, horse jumping and a ‘guess the weight of the sheep’ competition.  Many long time residents speak fondly of their memories of Easter Sports and say they regarded it as the highlight of the year in Owhango.  The last Easter Sports were held in 1999.

In 2010 a new annual sports event – the T42 – was established to cater for mountain bikers, runners and walkers.  At the inaugural event on the 1st of May around 500 participants cross the finish line at the Owhango Domain.  In 2011 around 650 participants registered for the event.

Footnote: The book above is available for purchase through the Owhango School & District Reunion 2004 Committee. Contact Carol on 07 895 4865 for more details or mail to CMB 95 Owhango.